Getting more girls engaged and the empowerment that this achieves

At the Women's Sports Network we are firmly committed to overcoming some of the many issues that girls face as they engage in competitive sport. Much of this come from a ‘male oriented’ approach to sport by coaches – i.e. being too competitive to early, thinking about ‘outcomes’ (Boys will bat to get a cricket century) rather than ‘process’ (girls will go into bat with the objective of not being out and subsequently scoring 110 runs!!!).

Coaches (clubs, schools and parents expect) coach girls to win too early (vicariously) without teaching the basics of effective movement skills in all sports – physical literacy /competence is about using the right suite of muscles in effective order (remember Morecombe and Wise  ‘all the right notes but not necessarily in the right order’).

This need for effective movement applies to all ‘kids’ as they start in competitive sport – unfortunately they are taught to kick, throw, punch and pull HARDER not PROPERLY. Particularly affects girls as they have lower innate (trunk) strength than boys at 11/12.

Girls have loads of other issues too!

Throwing like a girl is loaded with issues – girls are less likely to use their trunk (all sports are trunk [core] sports) because they are generally weaker – they also tend to have an innate fear of judgement. Boys focus on outcomes - how far the ball goes irrespective of how the movement is achieved [i.e. they don’t mind looking silly so long as the bail goes along way]. Girls focus more on process - so a tendency to throw using the bicep [as in throwing dart] because it’s controllable and achievable. And its process without looking silly. The other issues teen girl have with an overarm ‘chest’ throw is that it means exposing ‘boobies’ which are still often a mystery for girls at that age.

All this is compounded by other stuff - body image, anxiety, diet, fit or thin? Coach attitude, amenorrhea, breast health, and training with periods etc. – which in the main don’t affect boys.  And these are just issues that impact girls in ‘western communities’. Imagine the impact of FGM, child marriage, Chhaupadi and safeguarding issues on girls trying sport in ‘third world communities’!!!!

WSNet (a not for profit organisation) – in conjunction with a multitude of world leading women academics have committed to producing a series of MoJoManuals to help girls (and their coaches, teachers and parents) understand, discuss and openly  overcome some of these issues.

“This isn’t a sports coaching manual – it’s a self help book for girls who want to become stronger more empowered women – the sport is just a dust cover” – Annamarie Phelps, Chair British Rowing

These manuals – now rowing, football, lacrosse and netball are being seen in third world communities as 'game changers' to empower girls through sport and teach them some basic social/hygiene skills. You can (currently download) digital copies of MoJoManuals free – here www.wsnet.co.uk/mojomanuals 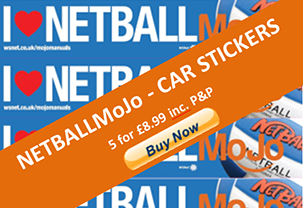